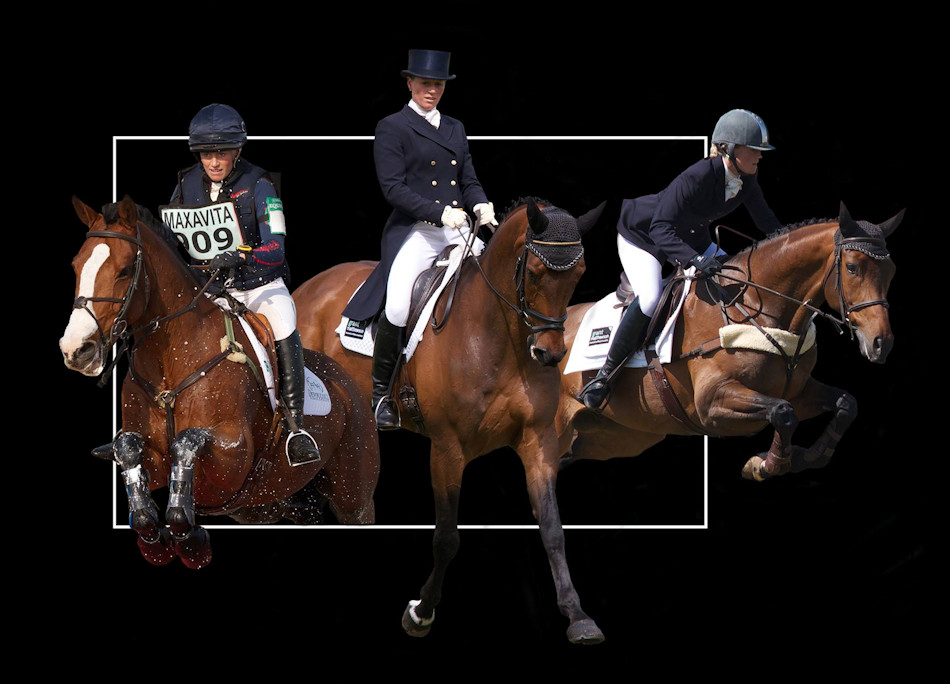 Kelly was brought up in the UK in rural Norfolk, and after persuading her non-horsey parents to pay for some riding lessons at the local stables when she was aged 5, the ‘passion’ began.

Kelly’s interest in Eventing was established in her early teens when she started grooming for a friend with FEI ponies.  However, it wasn’t until 2003 that she got her own pony, but it was the purchase of Fair Dinkum two years later that took her to her first championships competing at both the Pony Club and JRN Championships, finishing 2nd and setting pony Club records respectively.

During Kelly’s teenage successes, she caught the eye of Irish Olympic rider Trevor Smith who invited her to train with him at his yard in Ireland. Kelly spent the next six months developing her own riding style and learning how to produce and present young horses to prospective clients under the eye of both Trevor and his brother Steven.

When Kelly returned home, she became a working pupil for the Eventing World Championships Gold Medallist Piggy French at her yard in Leicestershire. It is here where Kelly continued to develop her riding skills whilst understanding what is needed to run and manage competition horses and a Professional Event yard.

It 2007 Kelly finally took the plunge and setup on her own and launched Kelly Aldous Eventing. View BE Results. Kelly successfully produced and competed horses up to international 3* Level, whilst managing her own staff and business. She picked up many qualifications along the way, including National Novice, Intermediate and British Open Championships. With numerous wins and placings at National and International level, Kelly is a true competitor and always puts her horses’ welfare first.

So, when Kyle and Kelly merged the two business’s in 2014, Kelly already had the skills and capabilities to ride and manage competition horses, combined with strong business management knowledge.

After having a break from competing and eventing in 2016 and 2017, due to the birth of Alfie, Kelly took up the reins again in 2018 and successfully Evented Bates BDA and Willow BDA up to Novice level. Whilst qualifying Willow BDA for the British 6yr old Eventing Championships, Kelly also qualified Winair BDA for the Burghley Young Event Horse Final, finishing in the top 6. Kelly is very excited with her string of young horses for 2019 and beyond, believing this is the strongest, most talented horse power she has ever had and will enable her to achieve International 4* level eventing, leading to European, World and Olympic Championships. 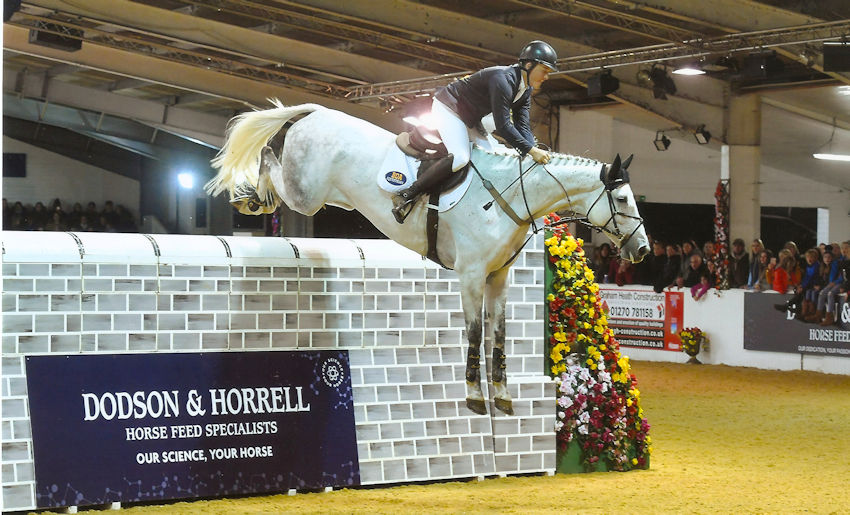 Kyle grew up in horsey surroundings in Bermuda, where he has competed internationally in junior show jumping competitions, including podium finishes at the Caribbean Equestrian Association Championships (CEA). Kyle moved to the UK at the age of 15 to peruse his love of horses and extend his knowledge of the equine industry.  He spent six years working for Andrew Saywell as stable jockey there he learnt the skills required to manage and develop young horses. Whilst also gaining invaluable experience, by producing young horses first hand that went on to become World and European Champions.

From there he based himself for a short-time with the Funnell’s, at The Billy Stud, it was whilst he was there, he developed a passion for breeding. This ignited his desire to breed his own sports horses, and so the visionary foundations of BDA Equestrian were set.

From the Billy Stud Kyle moved to Nottinghamshire, where he gained his AI technician qualification (artificial insemination) and started the BDA breeding programme, out of this came, to name a few AES lifetime approved Stallion Zilveren Icon BDA, who in 2018 qualified for the Big Star National 6 year old Championships, finishing in the top 10 and Willow BDA, who in 2018 qualified in her first season of Eventing for the British Eventing 6 year old Championships, and Winair BDA, who qualified for the Burghley Young Event Horse Final and finished in the top 6. 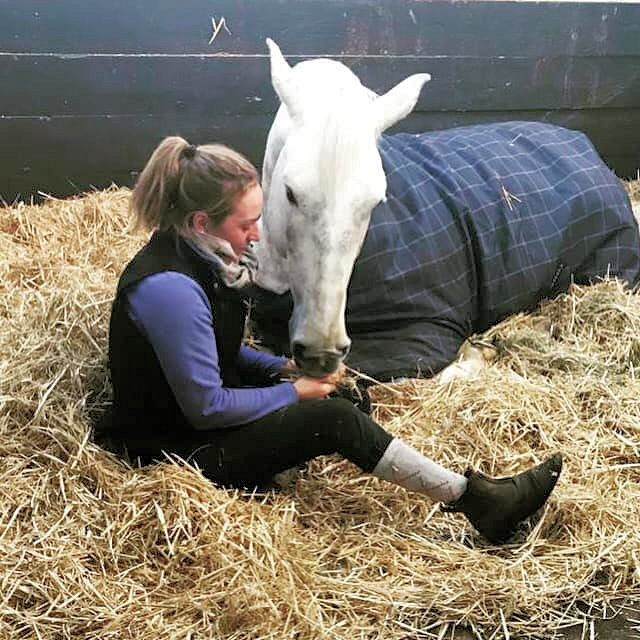 BDA are pleased to have Coriander as Head Girl, she has an empathy with the young horses, excellent knowledge with the competition horses, and quite simply she does what she does because of the love of horses – the ethos behind team BDA.

Coriander’s passion for horses started at a young age whilst she lived in France.  At the age of 14 she had completed the French equivalent of her GCSE’s. Following this she studied Agricultural Business Management specialising in equine breeding in France. This led to her working on various yards, studs and riding schools, where her love for horses continued to grow even more.

Coriander especially enjoyed developing relationships with different types of horses and really started to understand their body language. At 17, after finishing her degree she knew she wanted a career in the equestrian industry, with a strong desire to achieve the highest standard she could, just a year later she was nominated Groom of the Year at the South East Eventers League.

Coriander has an in-depth knowledge across a variety of equine disciplines, Eventing is by far her favourite, however whatever the discipline Coriander ensures she puts the horse’s welfare first. Coriander is very focused, and a strong team player keen to learn from other people and their experiences, yet also keen to allow others to learn from her and inspire other young grooms.

"Coriander, Why did you join BDA?"

Kelly and Kyle are very generous and caring people, I hope what I can bring to the team will help support the dream of one day being at the Olympics. Dreaming big and exceeding! BDA Equestrian has a very well thought out breeding program and I believe that these homebreds are what the future will be looking for. Both Kelly and Kyle have heaps of knowledge in their fields of sport and I am simply proud to be part of what’s next to come! 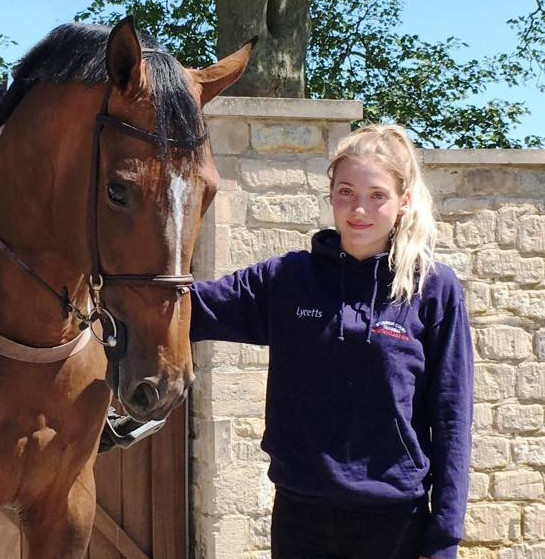 BDA are pleased to have Jordan as part of the team, she is quick to learn and has an affinity with all the horses. Jordan was born in Cape Town South Africa and comes from a non-horsey background.  She started riding when she was 11.  Prior to Jordan joining BDA she had some experience of yard work; however, Jordan was keen to experience more aspects of the equine industry.   Which is why Jordan joined the BDA team as this would enable her to work not only with Eventers & Show Jumpers but also the Stud element of the business, handling Mares, Foals and Stallions, to which she has embraced exceptionally well and finds very rewarding.

Jordan particularly enjoys watching Kyle with the backing of the youngsters and all elements of producing young horses.   As this has helped her produce her own young horse whom she aims to compete in near the future.

"Jordan, Why did you join BDA?"

I wanted to learn more about producing young horses, yet also work with quality horses. I felt that Kyle and Kelly have so much knowledge and a good reputation and could offer me that opportunity, to which they have and more. I learn something new everyday at BDA and feel very lucky to be part of team BDA and will follow in the footsteps of Kyle and Kelly. 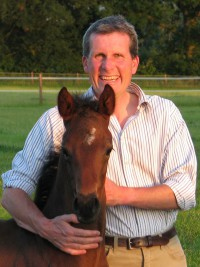 Roger and his Team are a massive support to BDA Equestrian

Founder and Director of Tower Equine has worked extensively in equine practise both in the UK and abroad. Roger is a holder of the RCVS’s Certificate in Equine Stud Medicine and runs his practise’s BEVA Approved AI Centre.  He is the Senior Vet at Nottingham Racecourse, and a FEI treating vet, and lead veterinary surgeon at Bransby Rescue Centre. He enjoys local Point-to-Point duties, Hunting and is a trustee of the Cambridge University Drag hounds.

Roger and his Team are a massive support to BDA Equestrian around the clock, they are also a huge part of the BDA Breeding Program.

Antonia is a qualified Veterinary Physiotherapist, who holds Equine Sport Massage and Chiropractic Certificates.  She is fully insured, a member of RAMP and has over 20 years’ experience competing, training and working with Sport Horses.  Her expertise covers post injury care, exercise prescriptions, and re-educating movement.

Antonia has a passion for understanding the horse and finds links between behaviour and physical problems.  She works very closely with other professionals, such as, Vets and Farriers to achieve the best possible results for every horse. 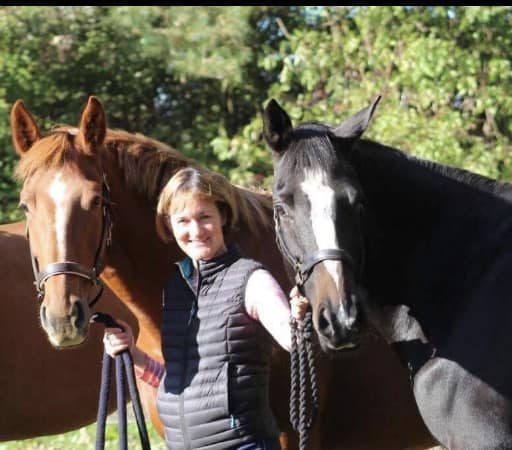 An invaluable asset to
BDA Equestrian. 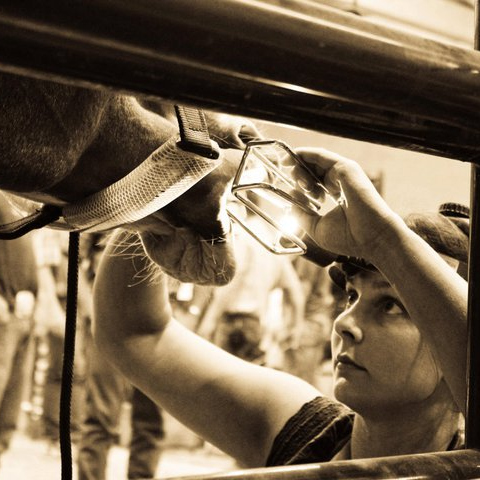 A critical part of the
BDA Team.

Charlotte has become a critical part of the BDA Team. When backing, producing and competing horses they must be in the best possible condition, and their mouths are very sensitive and paramount to success.  BDA Equestrian have total trust in Charlotte to treat all their horses.

John qualified as a farrier in 2013 having attended Warwickshire College as part of his apprenticeship. His working week varies from competition horses, to stud work, family pets and even the occasional donkey. When not working John is never far away from the horses, often to be found supporting his wife and daughters at competitions.

John is an integral part of team BDA, an equine business just wouldn’t succeed without a good farrier, keeping the horse’s feet in great condition.  John is always willing to come at short notice, for whatever the horse’s needs. 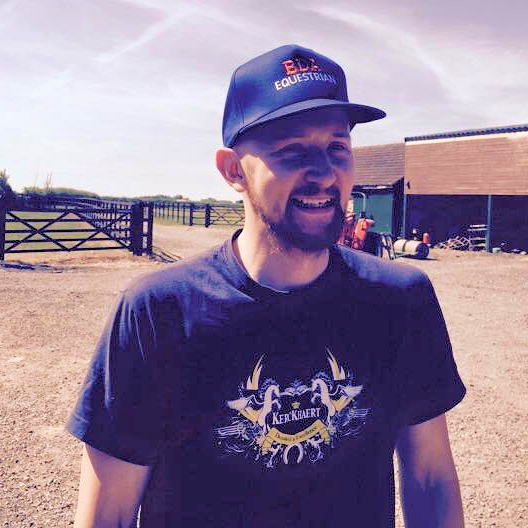 An integral part of
Team BDA

If you have any questions, please Get in Touch..